水産加工/食料品/飲料/酒類
Are people nowadays taking care of their eyes? Computers during work, mobile phones during traveling, and television at home are all factors of damage to the eyes. In addition to these, there are also risks of electrical radiation, ultraviolet rays from the sun, old age which could cause overuse of the eyes resulting in the speeding up of old age with the eyes and more chances of damage.
Behind the retinas of the eyes is an area known as the macula, the function of this are is to provide color and details to vision. The macula itself is in a yellowish color because it contains large amounts of lutein.
In developed countries, the most common vision problems comes from macular degeneration due to old age, myopic retinopathy, senile cataract, diabetic retinopathy, glaucoma, etc.; in which, macular degeneration and cataracts, following high-tech development and larger usage of mobile phones, are creating a gradual decline in the age groups, and worsening day by day.
According to statistics of America, on average, one person becomes blind in every 11 minutes. Every year, blindness created from macular degeneration has reached 300,000 people, and has affected the vision of 13,000,000 people. In Taiwan, 60 percent of the age group above 50 years old has contracted cataract, 80 percent in the age group above 60 years old, and 90% of the people aged 70 and above are faced with cataract. It is estimated that an increase of 110,000 new cases will be reported every year. Approximately 100,000 cases have accepted to undergo cataract operations. If people do not take care of their eyes at early stages, it won’t be long until cataract operations are needed.
FEBICO Bright Eyes Softgel, uses lutein extracted from German Naturland certified organic chlorella, at the same time they combined zeaxanthin, chlorophyll, FEBICO’s self cultivated red algae extract-phycoerythrin, and added β-Carotene and phycocyanin. These ingredients act as sunglasses, protecting the eyes and filtering the ultraviolet rays from the sun, blue ray, and radiation. Lastly some fish oil, which contains DHA to avoid dryness of the eyes.
Lutein and zeaxanthin are both a type of β-Carotene, and are considered very important ingredients for the retina and lens. However, the human body is unable to produce these ingredients and therefore absorbed from other sources. Phycoerythrin has excellent antioxidant abilities, 550 times that of vitamin E, and is also known as super vitamin E. It is capable of cleaning free radicals and reduce eye damage. β-carotene is able to help the formation of rhodopsin, so that the eyes can adapt to light changes, maintaining vision in the dark. Therefore, in order to protect the window of the soul, choose FEBICO Bright Eyes Softgel, which consists of a superior 5 in 1 formula of phytochemicals. 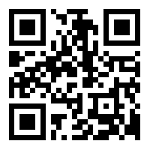